Minister of Employment Haatainen: Government’s decisions in mid-term policy review to create an intermediary for people with partial work ability, to transfer TE services to municipalities and to support work-based immigration will boost employment 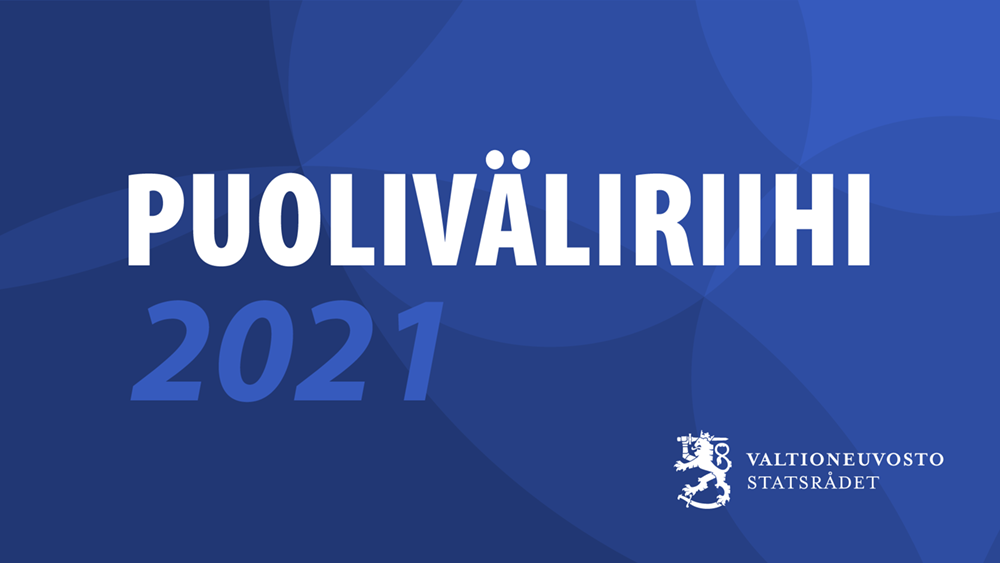 The Government is committed to a long-term approach in its work to raise the employment rate through decisions that will bring an estimated 80,000 new jobs.

Decisions were made by the Government at an earlier date on measures designed to bring 31,000–33,000 new jobs. The measures decided in the mid-term policy review are aimed at achieving 40,000–44,500 new jobs. In addition, decisions on employment measures that will strengthen general government finances by EUR 110 million will be made before the end of the government term. The Government’s objective is that by the middle of the decade the employment rate will be 75%.

“Within the Ministry of Employment, the most important decisions to promote employment in the mid-term policy review are the establishment of a new intermediary, Välittäjä Oy, to support the employment of people with partial work ability and the transfer of TE services to municipalities together with an incentive model. In addition, promotion of work-based immigration is essential if we want to increase employment and ensure the availability of skilled labour”, says Minister of Employment Tuula Haatainen.

The Government decided in its mid-term policy review to establish a special assignment company, “Välittäjä Oy”, which recruits people with partial work ability for longer-term employment relationships. One aim of the company is that some workers will eventually find employment in the open labour market.

“People with partial work ability have had a weak position in the labour market and services for a long time. The founding of Välittäjä Oy is a major step towards improving their position,” Haatainen says.

The Government’s proposal for this new special assignment company is to be submitted in connection with the budget proposal for 2022. Initial capital of EUR 20 million for the company will come from the Sustainable Growth Programme for Finland. In addition, a discretionary government grant of EUR 10 million will be reserved for the company each year. The establishment of Välittäjä Oy is expected to increase employment by 1,000 people.

Raising the maximum amount of pay subsidy to 70% will help employment of people with partial work ability. The Government has already earlier decided to promote the employment of those who have a weak position in the labour market through a programme that speeds up public procurement. In the programme, municipalities set social criteria for their purchased services in order to employ people with partial work ability or people who have been out of work for a long time.

TE services to be transferred to municipalities

“The reform of employment services is now progressing at a rapid pace and with great strides. The transfer of services to municipalities brings the services closer to customers. At the same time, we are preparing a Nordic labour market service model, where the main idea is to support jobseekers in their job search more intensively,” Haatainen says.

By the budget session in 2021, a roadmap setting out the vision, detailed objectives and measures for long-term promotion of work-based and education-based immigration will be drawn up. Successful integration also supports employment.

“Finnish companies need experts from abroad too. That is why we must streamline permit processes and be active in attracting talent to move to Finland and work here. At the same time, we can combat the shadow economy and the negative side effects of immigration and ensure that the rules of the Finnish labour market are respected,” the Minister says.

The focus in work-based immigration is on sectors that suffer from labour shortage, as well as on specialists, students and researchers essential for the leading and growing fields of RDI. The Government also promotes the immigration of entrepreneurs and investors.

The Government’s objective is to increase work-based immigration by 50,000 people by 2030.

Promoting employment is a comprehensive package

Besides the activities of the Ministry of Economic Affairs and Employment, there are many other ongoing measures supporting employment. These include measures to extend the working capacity programme, to reduce the need for disability pensions and sickness absences, and to promote the employment of parents caring for children at home.

In addition, the Government has decided to strengthen the reform of continuous learning as part of the Sustainable Growth Programme for Finland. The aim is to reform the competence services of the working-age population, to improve the anticipation of changes in working life and to target training and guidance to under-represented groups and to sectors undergoing structural change. Improving guidance and the mapping of skills will help people remain employed and part of the labour force and also make the individual investments in education and training more effective.