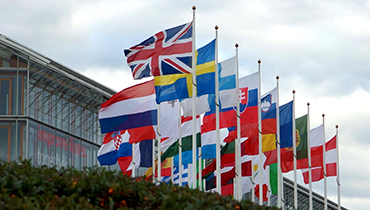 With the UK's withdrawal from the EU on 31 January 2020, a transition period will begin until the end of 2020.

During the transition period, the current rules will continue to be in place as if the UK were still a member of the EU. The EU and the UK will negotiate their future relationship during 2020. Due to the tight negotiation schedule, some sectors may fall outside the scope of the agreement starting on 1 January 2021. Businesses in particular should be prepared for this possibility.

The withdrawal agreement provides for a transition period until the end of 2020, during which the relationship between the EU and the UK will continue under the EU’s current rules, as if the UK were still a member of the EU. The only significant exception is that, during the transition period, the UK will no longer participate in EU decision-making or in the activities of EU bodies.

The withdrawal agreement will also, among other things, safeguard the residence, employment and social security rights of EU citizens residing in the UK and UK citizens residing in the EU under EU law for life if they have settled in the UK or the EU before 1 January 2021. Their status and rights will be safeguarded as they were under the key EU legislation as of 31 December 2020. The free movement of EU and UK citizens moving to each other's territory after 31 December 2020 will end and restrictions will be placed on their entry and rights.

Future relationship between the EU and the UK