Finland’s Presidency of the Council of the EU in 2019 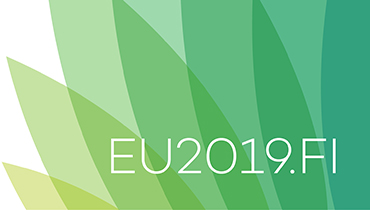 Finland will hold the Presidency of the Council of the European Union from the beginning of July until the end of December 2019. The presidency is responsible for driving forward the Council's work on EU legislation, ensuring the continuity of the EU agenda and cooperation among member states. During the six-month period, Finland will chair meetings in the Council on three levels: Ministerial meetings, Coreper (permanent representative) meetings as well as meetings of working parties and experts.

Finland's Minister of Finance will chair the Economic and Financial Affairs Council (Ecofin), which is one of the Council configurations. Ecofin adopts EU legislation relevant to its remit, often in cooperation with the European Parliament. Its responsibilities also include coordinating the economic policies of member states. Ecofin is composed of the economics and finance ministers of the EU member states.

Presidency of the Council

Agreement reached on the EU budget

Member States advocate a disciplined budget for the EU

Classification of sustainable investments making headway in the EU