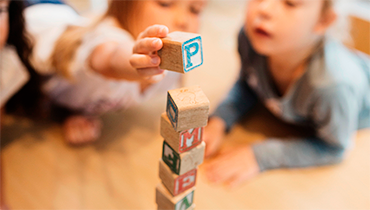 A government proposal on the health and social services reform prepared by the Government of Prime Minister Marin was submitted to Parliament in December 2020. The reform covers not only healthcare and social welfare but also rescue services.

The objectives of the reform are: to narrow differences in wellbeing and health; ensure all Finns have equal access to high-quality health, social and rescue services; improve safety; enhance the availability and accessibility of services; safeguard the supply of skilled employees; respond to the challenges arising from changes in society; and curb the growth in costs.

The reform will bring changes to health, social and rescue services in the way they are

In its proposal, the Government proposes that the legislation on the reform would enter into force on 1 July 2021. The responsibility for organising health, social and rescue services would be transferred to newly established wellbeing services counties on 1 January 2023.

The highest decision-making body in each wellbeing services county would be a directly elected county council. The first county elections would be held in early 2022. These elections would not apply to the residents of the City of Helsinki.

The activities of the wellbeing services counties would mainly be funded by central government, and this would be on a universal basis. The funding would be divided among the counties by using imputed factors that describe the service needs and circumstantial considerations in regard to health, social and rescue services duties.

Some of the funding would be based on population numbers and some would be determined by criteria for health and wellbeing performance. The funding of rescue services would also be determined on the basis of a risk coefficient.

The establishment of wellbeing services counties and a system for funding them would transform the current system of central government transfers to local government. To ensure the total tax ratio would not grow, all municipalities would be obliged to reduce local income tax by 13.26 percentage points, and changes would be made to the system of corporation tax. Changes made to the tax structure would not increase taxation.

The right of wellbeing services counties to levy taxes is to be examined by a parliamentary committee. A parliamentary study has examined which duties of municipalities, joint municipal authorities and central government could be transferred to the counties.

What role does the Ministry of Finance have in preparing the health and social services reform?

The Ministry of Finance is responsible for drafting legislation on the establishment, administration, funding and personnel of the wellbeing services counties, and the counties’ asset arrangements, and for coordinating implementation of the legislation.

Proposals concerning changes to municipalities' duties and funding and changes to tax legislation also fall within the responsibilities of the Ministry. The reform will also affect the planning of general government finances.