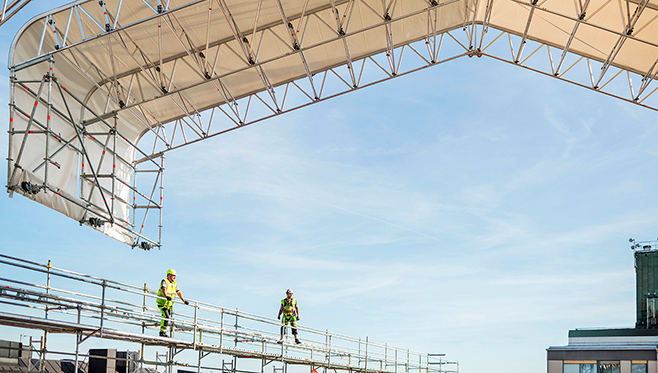 The strong growth of the Finnish economy will continue in 2018. In its economic survey published on 18 June 2018, the Ministry of Finance forecasts economic growth to accelerate to 2.9% this year. Economic growth is projected to slow to under 2% in the coming years.

Finland’s economy will grow by 1.8% in 2019 and by 1.7% in 2020. Investment will continue to support economic growth, even though construction investment will decline next year. Growth in exports will level off in line with growth in world trade, and economic growth will no longer be supported by net exports as strongly as before. Household consumption demand will be constrained by the fact that real disposable income will not grow at the same pace as before.

“Finland’s economic outlook is favourable. The economy will grow briskly this year. Thereafter, growth will slow. Disruptions in international trade constitute a threat that, if realised, would badly affect Finland’s economy. During favourable economic conditions, buffers for general government finances should be built up in preparation for more subdued times and unpleasant surprises,” says Director General Mikko Spolander.

In 2018, private investment in machinery and equipment as well as investment in residential buildings will grow rapidly. There is an underlying shortage of capacity, which is reflected in economic surveys of industry and construction. Growth of investment is projected to slow significantly in 2019. This will be due, in particular, to a decline in the number of start-ups for new construction projects. In addition, investment decisions for major forest industry projects have been moved forward.

Growth of exports is expected to continue. Machinery and equipment exports are developing favourably and investment in the forest industry will be reflected in exports. In the forecast period, imports of goods will be boosted by imports of intermediate goods used by the export industry.

Strong economic growth and moderate development of real earnings will maintain demand for labour. There are still so many unemployed people and people outside the labour force that supply will not constrain opportunities to increase employment. In individual sectors, a shortage of skilled labour may become a barrier to growth. The employment rate will rise to 72% in 2019 and further to 72.6% in 2020.

Consumer prices will rise by 1.1% in 2018, and inflation will accelerate in the next few years. Inflation pressures will remain moderate, even though demand for production factors has increased more than supply as a result of economic growth.

Positive development of the global economy will continue

Growth of global GDP will be at its most rapid during the current year. The strong economic conditions will continue in the next few years, but many predictive indicators suggest a slight slowdown in global economic growth.

Although economic growth will strengthen general government finances, after a prolonged period of weak economic development they will continue to be in a significantly more vulnerable state than in the period before the financial crisis. The buffers for future expenditure pressures and downturns will still remain very thin in the next few years as economic growth begins to slow. Population ageing will exert pressure on general government finances in the next decade, particularly as care expenditure continues to grow rapidly.

Increasing protectionism may slow global economic growth in the future. Constraints on trade will adversely affect business activity and undermine consumers’ confidence in economic development. The steel and aluminium tariffs imposed by the United States will have a relatively minor impact on Finnish exports because Finland’s exports of steel products to the United States are quite low.

Should it spread further, the erection of trade barriers may, however, lead to a slowdown in growth of demand across the globe. The indirect effects of intensifying protectionism would naturally also be reflected in Finnish exports.