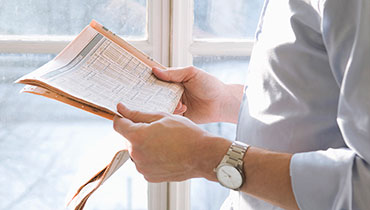 The Finnish economy is expected to post growth of 1.2% in 2017, says the Ministry of Finance in its Economic Survey published on Friday 28 April. The GDP growth forecast is bolstered by improving business and consumer confidence.

Economic growth in 2017 is bolstered by improving business and consumer confidence. Growth is also more broad-based than last year. Not only private consumption and investment, but also exports are picking up. In 2018 and 2019 GDP growth will slow to around the one per cent mark, which is close to the long-term growth potential.

The main drivers of growth in 2017 are a broad-based rise in private investment and an increase in confidence-driven private consumption. Private investment growth is driven by business expansion and replacement investments as well as by consumer housing purchase intentions. Private consumption growth is supported not only by strong consumer confidence, but also improving employment. Export growth prospects are bolstered by strengthening global export demand and improving business cost competitiveness.

In 2018, private consumption growth is set to slow as wage earners’ purchasing power is dented by rising taxes and accelerating inflation. Machinery and equipment acquisitions will drive investment to slightly stronger growth than this year. On the other hand public consumption will remain on a downward track, partly because of the Competitiveness Pact and partly because of fiscal adjustment. Exports growth will continue to accelerate.

The outlook for the global economy is brighter than before, yet growth prospects are overshadowed above all by the threat of protectionism.

Economic growth is strengthening in industrial countries, but it is the emerging economies that are mainly responsible for driving the global economy to growth of almost 4%.

The Finnish economy may grow faster than predicted if the strong early monthly data on exports, output and confidence in Finland turn out to be sustainable.

If household confidence remains high, private consumption growth could be faster than predicted, which would bolster economic growth. As a result the high level of household debt would rise further.

The risks associated with private consumption may materialise if the employment trend is weaker than expected. The impacts on consumption would be channelled both via income formation and consumer expectations, which might have the effect of increasing consumer caution and pushing up the savings rate.

The GDP growth rate is enough to keep employment on an upward trend, and the number of people out of work is slowly falling. Labour costs are decreasing as a result of the Competitiveness Pact. Furthermore, employment growth is being accelerated by measures introduced from the beginning of 2017 to increase the supply of labour.

It is predicted that employment will improve by 0.5% a year, and the employment rate will rise to 70% in 2019.

Economic growth not enough to eliminate deficit in public finances

The public debt to GDP ratio fell slightly in 2016, but will begin to edge up again in 2017 because of the central and local government deficits. It is expected that the increase in the debt rate will be reversed towards the end of the decade, but again only temporarily. The growth of the debt to GDP ratio is also being driven by population ageing and the associated rising costs of care, which will continue at a rapid rate in the 2020s.

The health, social services and regional government reform is targeting savings of around EUR 3 billion in the long term. It is as yet too early to assess the prospects of achieving this goal as the reform is still work in progress as regards, for instance, the health care freedom of choice provisions. The reform will also entail costs from changes that will have a slight adverse effect on public finances.