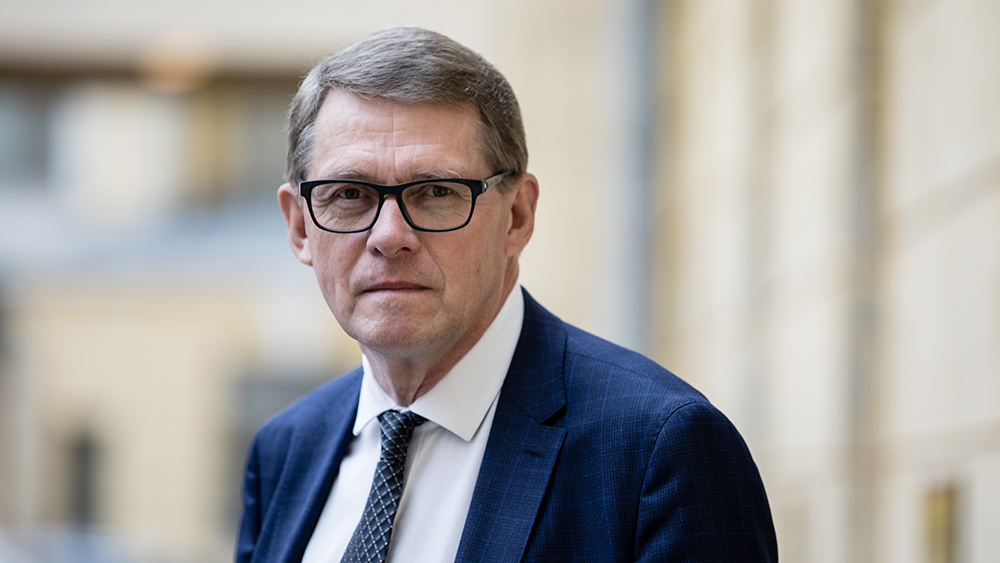 According to Minister of Finance Matti Vanhanen, the recommendations set out in the OECD’s Economic Survey of Finland, published on 10 December, should be closely studied.

“There is a great need for structural reform in our economy. And in this coronavirus year, Finland has demonstrated that we are able to act objectively, briskly and with a focus on solutions. This same national spirit of pushing ahead must continue in the years to come,” says Minister Vanhanen.

The OECD expects Finland’s economy to grow by just below two per cent in the next few years. Finland should not be content with this, however, says Vanhanen. But achieving a higher level of growth will require flexibility in working life and higher productivity.

“Since the financial crisis, growth in the Finnish economy has been subdued. A sharp rise was not seen until 2015. A similar recovery period of almost ten years is something we can’t afford. We need to look at the period beyond the coronavirus crisis. In the spring, we must focus firmly on preparing measures to raise the employment rate and boost productivity and growth in the economy. Building up debt allows us only to buy time for bringing in the reforms,” says Minister Vanhanen.

Vanhanen points out that in the OECD’s view, Finland’s growth in the next few years will be low due to post-coronavirus uncertainty having an impact on investment decisions. He consequently believes that working life reforms and funding solutions must be examined from the investment perspective in particular.

According to Vanhanen, Finland has, fortunately, already started to tackle some aspects of the OECD’s recommendations. For example, steps to strengthen the labour market position of people approaching retirement age are currently being considered by the Government.

“Over the years, it has become common in Finnish workplaces to view employees nearing the age of 60 as the first who would be let go. Many think of this as making way for younger people. But we shouldn’t resort to this kind of zero-sum thinking. The employment rate should be raised across all age groups. We need to expand the size of the cake.”

“Age discrimination must be brought to an end, both in legislation and in the practices followed. Attitudes must change. Health services, too, must function more smoothly, so that rehabilitation and support are available when they are needed. Everything should dovetail together so that older workers can improve their capacity to work and can cope at work.”

Besides recognising the need for reforms, the OECD also identifies Finland's strengths in the labour market, such as the special arrangement where temporary lay-offs are possible instead of permanent job losses.

“The labour market organisations acted commendably in the spring, when it proved possible on a fast-track timescale to introduce temporary measures for lay-offs and unemployment security, among other things, which helped the system to operate under crisis conditions,” says Vanhanen.

The OECD also recommends that flexibility in collective agreements be extended to all employers, which in practice means expanding the opportunities for local collective bargaining.

“I see the promotion of local collective bargaining as a key tool that we can use to support the competitiveness of our export sectors in the coming years. The operating environment for businesses is uncertain and changing, which means that different companies even within the same sector have different competitive situations. For local collective bargaining to succeed, it is necessary to have trust and sufficient employee involvement in the company's decision-making. Introducing greater flexibility is in our own hands, at national level,” says Minister Vanhanen.

The OECD, says Vanhanen, is right to draw attention to the need to raise productivity and cost-effectiveness in public services, for instance through the health and social services reform and digital transformation.

“It should also be noted that the health and social services reform will be one of biggest structural reforms ever undertaken. A cost-effective reform will be possible thanks to the common budget, management arrangements, client data and personnel of the wellbeing services counties. The costs of the ICT changeover will initially be high, but this will bring enormous benefits in the long term,” notes Vanhanen.