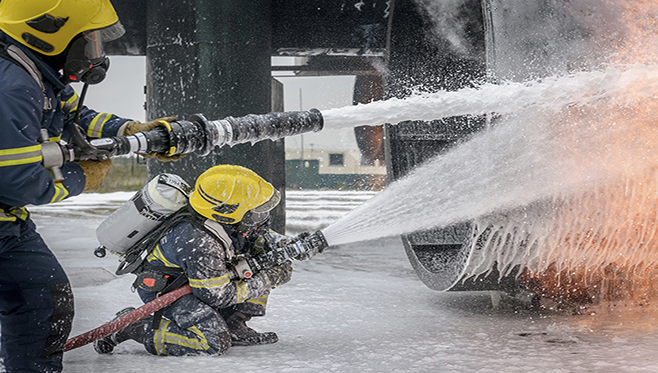 The current Virve service has been in use almost throughout the country since 2002 and it has some 44,000 users. The users of Virve are divided into state actors (such as the police, the Defence Forces, the Border Guard), municipal actors (such as rescue departments, health and social services) and business operators (railway operators, energy and security companies and telecommunications operators). The current solution is coming to the end of its technological life cycle by the end of the following decade.

Reports on the implementation options and service model of the new public authority network (Virve 2.0) have been conducted by the Ministry of Transport and Communications and the Ministry of Finance in 2016–2017. Based on the reports, a service model has been selected, where the service operator is State Security Networks Ltd, which is 100% owned by the state. The commercial mobile operator of the radio network would be selected through separate competitive tendering. The purpose of the model is to retain the core of the network that is significant in terms of national security under state ownership and control.

In accordance with the decision of the Ministerial Committee on Economic Policy, State Security Networks Ltd will implement the reform. The selection of suppliers and the development of the network will begin in early 2020. The authorities will introduce the new service by 2026. Until then, the current service will be maintained corresponding to the requirements of the authorities.

According to the decision of the Ministerial Committee on Economic Policy, the coverage of the Virve 2.0 service will be enhanced by building additional state-owned infrastructure where the coverage of the existing commercial networks does not reach. The robustness of the radio network will be improved in terms of securing the supply of electricity and by introducing priority measures to ensure reliable operation in cases of congestion in the commercial network as well.

State Security Networks Ltd is responsible for the development, service provision and construction of additional masts for the Virve 2.0 service. The Ministry of Finance is responsible for steering the Virve 2.0 service as part of the guidance of the Government Security Network (TUVE). Under the leadership of the Ministry of Finance, the possibility for the National Emergency Supply Agency to contribute to the financing of the implementation, development and use of the network will be examined.

“We are Europe” tour of Finnish ministers begins

Harmonisation of email addresses continues – Ministries of Transport and Communications, Agriculture and Forestry, Education and Culture, Defence and the Environment next in line to adopt ‘gov.fi’ suffix