Contribution by the officials of the Ministry of Finance: Work to strengthen general government finances should continue 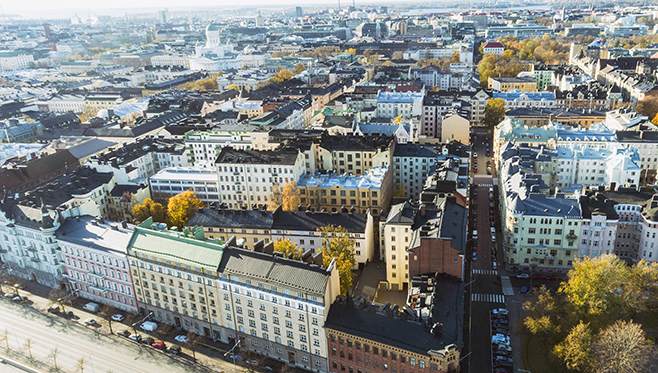 The Ministry of Finance today released a contribution by its officials on the principles of economic policy and public governance for the forthcoming electoral period, entitled “A Self-Renewing, Resilient and Sustainable Society”. The publication casts light on the outlook for progress during the upcoming parliamentary term, and discusses our key challenges and associated policy choices.

Although Finland has been a success story over the past century, it faces many difficult problems in the coming years and decades, such as climate change, an ageing population, technological revolution and high level of structural unemployment. Moreover, the fiscal buffers for the next economic downturn are slim and the sustainability problem remains unsolved.

Structures of society can be renewed by political decisions so that Finland can focus its resources effectively and appropriately. We should also make full use of the opportunities created by technological advances and digitalisation.

We need to strengthen fiscal buffers and sustainability of public finances

Public finances should show a surplus during the next government term if economic policy is based on strengthening the buffers and sustainability of public finances. Achieving a surplus of approximately 0.5 per cent would require direct fiscal adjustment measures to strengthen public finances by a total of EUR 2 billion by 2023. Measures that quickly boost public finances are crucial to building buffers for the next recession. An ageing population will also automatically increase public expenditure every year, resulting in a deterioration of public finances unless rapidly effective measures are taken.

In order to ensure that sustainability of public finances can be secured also over the long term, it is necessary to keep making structural reforms. The target should be to strengthen public finances by approximately EUR 5 billion through structural reforms by the end of the 2020s. This target can be reached if it can be ensured that regional government and health and social services reform will keep EUR 3 billion in costs growth in check and decisions will be made on measures, which will make it possible the employment rate to increase to 75% by 2025.

Cost pressures should be curbed and tax expenditure reviewed critically

The funding of new expenditure needs arising during the next parliamentary term should be covered by re-allocating appropriations. Expenditure cuts should, where possible, be targeted in ways that do not undermine conditions for economic growth. When looking for ways to strengthen public finances, taxes can only be raised to a very limited extent so that economic growth and employment are not adversely affected. When considering potential tax hikes, international tax competition and the impact that taxation has on the incentives of work and business activities should be taken into account. The least harmful approach would be to target tax hikes on consumption and real estate. Tax revenues can also be increased by eliminating ineffective forms of tax expenditure. A net decrease in taxes is not possible due to the sustainability gap.

Employment can be improved by reforming the social security, tax and service systems, which affects the incentives to work, among other things. These and all other measures to support employment should be done in a fiscally sustainable manner. Furthermore, it should be assessed if the current resources on active labour market policies could be allocated even more effectively.

Opportunities for continuous learning should be promoted throughout working careers and the functionality of the housing market should be improved. In addition to this, the number of people with only comprehensive school education must be reduced. It would be possible to further increase the employment rate of older workers by providing support for staying in the workforce and limiting the pathways to early exit from labour force.

Productivity development can first be promoted by ensuring that Finland is an attractive investment environment. More extensive international corporate activity in Finland could also promote the dissemination of knowledge and best practices in the country. It is important to ensure healthy competition between companies so that new companies have free access to the market and less profitable companies shut down their operations. Obstacles to urbanisation should also be eliminated, as encounters with other fields in dense urban environments creates new sources of growth.

The tax structure can be steered in a direction that is more conducive to economic growth and employment by shifting the focus of taxation from labour to consumption. Greater emphasis can be put on consumption taxes by, for example, increasing reduced value added tax rates. Reducing the high marginal tax rates on earned income would encourage people to build their competence and reduce the incentives to convert earned income into capital income. The international competitiveness of corporate taxation must be ensured and the corporate income tax base must be secured. Furthermore, dividend taxation would need to be reformed in an effort to correct the problems associated with it.

Public administration should be developed as a whole

Effective implementation of the reformed division of responsibilities and co-operation between central government, the future regional government and municipalities should be ensured with a view to eliminating duplication of administration. The government’s ability to act as a single entity should also be strengthened at this time. A common interpretation of the Government Programme shared by the government and ministries will be needed at the start of the government’s term of office, together with clear solutions on competencies, resourcing and practices. The only way to settle difficult horizontal problems and to implement wide-ranging reform projects is through the joint guidance of ministries and the allocation of expertise and resources.

Strengthening trust must be a key objective when developing public governance. Trust is fostered through ethically sustainable operations, transparency, and the involvement of all actors. For trust to be strengthened, public administration must be made more transparent with information made more intelligible.

Use of digitisation and new technology must be promoted systematically in the course of modernising all operations and services of public administration. Public authorities should provide accessible, high-quality digital services to the public and enterprises as the primary option for conducting business. New service packages, legislation and high quality information must be introduced to support smoother information exchange between various actors and information resources and registers.

The continuity of regional government and health and social services reform should be ensured during the next government term. It is necessary that the responsibility for providing health and social services will be shifted to providers that are stronger than the municipalities in order to control the cost pressures on public finances brought about by an ageing population. This is a requirement of equitable service provision to the public. Regardless of the model, the reform should include a spending limit, which will curb growth in cost by EUR 3 billion.

The rapid ageing of the population and migration flows are reflected in a differentiation of municipalities, and a comprehensive situation assessment of the outlook for municipalities should be formulated accordingly. It would be consistent to use this for substantiating policy choices based on parliamentary planning that transcend the term of office of governments. The situation assessment would provide a framework for investigating the need to develop municipal structures, municipal funding and opportunities for differentiating municipal duties.

Finland’s objective in developing the European Economic and Monetary Union (EMU) should be a monetary union that is stable both economically and politically. Economic policy coordination plays an important role in the EU, but it should respect national economic sovereignty and democratic accountability. The governance structure of the EMU should be developed in such a way that the economic policy mistakes of one member state will not create a burden for other member states to bear.

Climate change poses a serious threat to the well-being of future generations. Finland must be at the forefront in calling for international action to combat climate change. Cost-effectiveness should also be the key principle of national climate policy to ensure that resources remain available for other uses as well.

Both Finnish households’ indebtedness and government guarantees have increased rapidly in recent years. This trend poses a risk when the next recession comes. Excessive household debt should be effectively limited as necessary, whereas the rise in government guarantee liabilities would require improved risk management.

Finland does not have an adequate national operative capacity to ensure all of society's vital functions, even in the event of serious disturbances and emergencies. In particular, the continuity of vital financial market services should be secured at the national level.