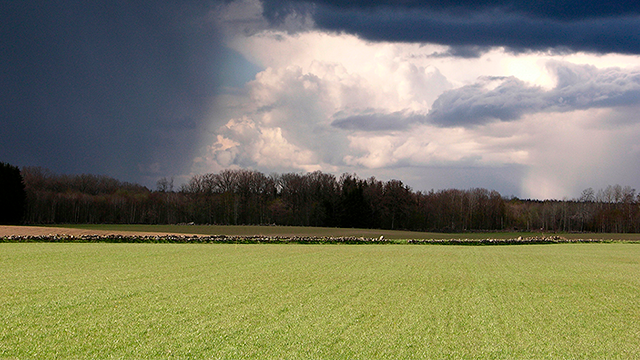 The Finnish economy will shrink 6% this year according to the forecast of the Ministry of Finance in its latest Economic Survey, published on 16 June.

The Finnish economy will shrink considerably this year as a result of the coronavirus (COVID-19) pandemic and the restrictive measures taken to mitigate the spread of the virus. The lifting of restrictions, which was started at the beginning of June, will nevertheless boost economic activity, especially in the service sector. The economy will begin to pick up slowly at the end of 2020, and gross domestic product (GDP) is then estimated to grow by 2.5% in 2021 and by 1.7% in 2022. However, a recovery in the economy will depend on there being a significant improvement in the outlook on export markets and rising confidence in the ability of Finland’s economy to generate growth and create jobs.

“The financial support for businesses and for employment and economic activity will get us through the crisis, but this support also weakens public finances considerably. Besides recovery and rebuilding, we need to decide soon on measures to stabilise the long-term management of public finances,” says Mikko Spolander, Director General of the Economics Department at the Ministry of Finance.

The global economy contracted sharply in spring 2020 as a result of restrictive measures to prevent the spread of COVID-19 and due to fears of infection. An overall contraction of 5% in the global economy is expected for the full year 2020. The outlook has nevertheless brightened as countries and central banks have pursued unparalleled actions to support the economy. The global economy will already start to recover in the second half of this year, and in 2021 it is expected to grow by just under 4%.

In China’s economy the worst phase was in the first quarter of this year. The country’s industrial production has already returned to some extent, although consumers are still cautious. In the euro area, the service sector came virtually to a complete standstill, and industrial production has suffered from the decline in demand. In the United States, there has been a steep decline in economic activity and an unprecedented surge in unemployment.

World trade will be down sharply this year. The decline will be particularly abrupt in the euro area. A more moderate decrease in trade will be posted for the United States and emerging economies. Trade will nevertheless pick up after the summer as activity improves.

Private consumption back to normal next year

The Government's lifting of specified COVID-19 restrictions at the start of June will bring growth in the consumption of services in the third quarter of 2020. The consumption of goods and of most services will show a return to normal in the first half of 2021. The slowest return will be in tourism and travel services. For 2020 as a whole, private consumption will nevertheless be down by 3.5%, but will then grow by a similar rate in 2021. Private investment in 2020 will be down by more than 9%, but slight growth will then be seen in 2021.

Exports decreased by volume in the first quarter of this year, and the decline continued in the second quarter. With summer arriving, Finland’s main trading partners will nevertheless be starting phased removals of COVID-19 containment measures, and economic activity will be showing signs of revival. Exports will also start to grow in the second six months of this year. Service exports will pick up more slowly than exports of goods.

The first half of the year saw a significant number of new collective agreements signed. The increases agreed in nominal pay amount to an average of almost 1.5%.

The 2020 inflation rate, as measured by the Consumer Price Index, is forecast to be 0.3%. Inflation has been kept in check by the significant drop in consumer demand and the existence of uncertainty over the future course of the economy, and these will continue to curb inflation over the coming years.

General government debt will be up this year by about EUR 20 billion, reaching approximately 71% of GDP. The recession will bring a reduction in tax revenue and an increase in unemployment expenditure. Due to the virus crisis, central government is providing substantial financial support to businesses and for employment, as well as for supporting people's livelihoods. The stimulus measures for economic growth will also increase public expenditure.

The imbalance between revenue and expenditure will be narrowed in the next few years as growth picks up in the economy and temporary support measures come to an end. General government finances will nevertheless still be significantly in deficit as the mid-2020s approach. General government debt will continue to rise, and the debt ratio will be close to 80% in 2024.

The economic outlook in Finland and the world at large is still very uncertain. Estimates of this year’s GDP growth are also exceptionally uncertain.

The Ministry of Finance’s forecast assumes that the coronavirus epidemic will gradually fade out and that there will be no second wave in the autumn. Consumer confidence and the capacity of the economy to perform will remain weak until an effective treatment or vaccine is found for COVID-19.

A resurgence of the epidemic is the most significant downside risk in the forecast. The extent of the economic impact of a second wave would depend not only on the government measures taken to mitigate the epidemic and support the economy, but also on how these actions affect the multitude of economic decisions taken throughout the country. If the economy has not fully recovered before a second wave, the contraction in the economy could be smaller than seen in the spring this year. It is nevertheless likely that in this case the economic growth potential would be diminished and the effects of the crisis would be felt over a longer period.

The demand for services could also return more rapidly and vigorously than anticipated, both in Finland and elsewhere, as robust measures for revitalising production and demand are being put in place and more are planned, for instance in the European Union. The implementation of these measures, and of Finland’s economic recovery package to be determined by the Government in June, will have a positive effect on production both domestically and elsewhere in 2020 and 2021.