Ministry of Finance outlook review: ‘An innovative and sustainable Finland’
General government finances must be strengthened by at least nine billion euros over the next two parliamentary terms in order to safeguard the prosperity of future generations 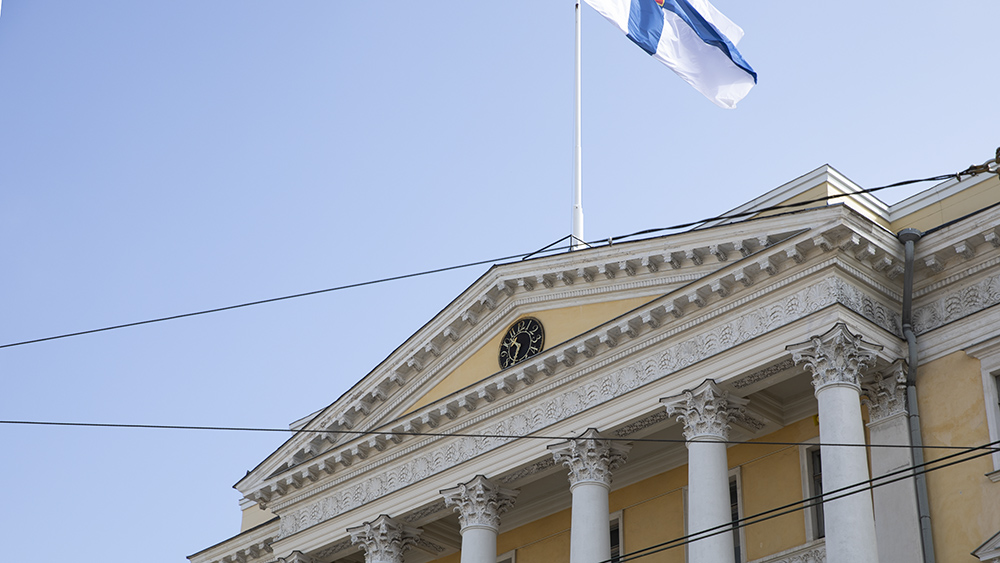 The outlook review by officials at the Ministry of Finance highlights measures to improve conditions for prosperity, return general government finances to a sustainable footing, reform public administration and services, and implement the green transition effectively. Corrective action must be taken quickly.

The review looks at the starting points for economic and governance policy for the upcoming parliamentary term. The Ministry published the review on 8 December.

As a well-functioning democracy, an innovative economy and a country of equal opportunities, Finland is in many ways well positioned to be a very prosperous society. However, long-term weakness in economic development and general government finances is confronting Finland’s decision-makers with difficult choices.

Reforms are essential to boost economic growth, but direct adjustments, in other words expenditure cuts and tax increases, will play a key role in quickly strengthening general government finances. It will not be possible to make these adjustments without it being felt in the lives of many citizens. However, securing the sustainability of general government finances will make it possible to invest in the green transition and prepare for future crises.

In the face of the challenges posed by general government finances, Finland’s democratic system and administration will have to be reformed and adapted in order to retain their ability to function and guide the development of society. It is important to reform administrative services and structures, adopt new technologies and develop new practices.

“It is possible to return general government finances to a sustainable footing, but action must be taken quickly. Ambitious reforms can support employment and productivity. We still have time to ensure that Finland will remain a stable and sustainable society for us and for future generations,” says Permanent Secretary Juha Majanen.

“Sustainable economic policy needs to be partnered with innovative governance policy in order to provide convenient services to citizens and companies. Open government, participation of citizens and a well-functioning democracy are strengths that have helped Finnish society solve difficult situations in the past and will continue to do so,” says Permanent Under-Secretary for Governance Policy Susanna Huovinen.

The sustainability of general government finances can be secured

The Ministry of Finance estimates that the need to strengthen general government finances has grown to the point that a number of measures are needed to improve the annual budgetary position by at least nine billion euros over the next two parliamentary terms. An improvement of six billion euros in the next parliamentary term and three billion euros in the following term would balance general government finances, stop the growth of the debt ratio and nearly close the long-term sustainability gap.

If corrective measures are not taken, Finland’s fiscal latitude will narrow. Putting off measures to strengthen general government finances would mean that even greater adjustments would be required later. That would make it even harder to uphold the welfare state’s service pledge.
Without new decisions to strengthen general government finances, the ratio of public debt to GDP would be about 85 per cent in 2031, which is about 15 percentage points higher than if the proposed programme is implemented. The higher level of debt would increase annual debt servicing costs by nearly one billion euros. The debt ratio would exceed 100 per cent during the latter half of the next decade.

“Finland’s ageing population continues to weigh on public finances. Future crises could lead to a situation in which abrupt decisions will have to be made concerning significant savings. However, we can avoid this risk by taking action in time,” says Economic Policy Coordinator Lauri Kajanoja.

Public investments in research, development and innovation help boost productivity when they are made effectively and in a way that benefits the entire economy. It will also be vital to succeed in improving the productivity of public and public-funded services.

When the need for new uses of public authority arise, they should be funded by prioritising the use of resources, not by increasing total expenditure.

Finland’s tax structure provides opportunities to reallocate the tax burden in a way that will improve efficiency. Governments should exercise restraint with respect to increases to the taxation of labour, and should primarily look elsewhere for higher tax revenues. Reduced VAT rates constitute a significant amount of tax relief that is not allocated effectively. Increasing these rates or abandoning them entirely could be justified if it becomes necessary to increase tax revenue to strengthen general government finances.

Activities of wellbeing services counties must be consolidated

One public administration reform will come into effect when the wellbeing services counties assume responsibility for organising health, social and rescue services at the beginning of 2023. In the next few years, it will be important to consolidate the counties’ activities and support the building of efficient cooperation and trust between central government, local government and wellbeing services counties. Such reforms will need a proactive and long-term vision that spans several parliamentary terms.

To safeguard services and curb cost increases, wellbeing services counties will have to commit to a culture of reform from the outset. For the sustainability of general government finances, it is essential that the counties’ finances remain within the scope of the imputed funding model. In this context, the effectiveness of both the financing system and the economic guidance model is equally essential.

Finland’s fragmented municipal structure and widening differences between municipalities will challenge the equitable provision of services. This will call into question whether Finland will be able to continue to base local government policy on the idea that all municipalities perform the same tasks. Efforts to break away from this model of uniform municipalities could be promoted in stages by testing them on a function-specific basis or according to regional needs. Restraint will be needed when considering adding to the duties of municipalities.

Public administration should be reformed over the long term

While the digital transformation itself will give rise to investment and maintenance costs, it may also cut costs if better productivity generates savings in total expenditure. For example, some roles could end up having fewer tasks, leading to reduced need for personnel. Automation of this type is practically the only form of digitalisation that could generate concrete savings in administrative costs in the long term.

People-oriented service development will help create well-functioning automated digital services that ensure the realisation of good governance and a more cost-effective provision of public services. The aim is to create a smoother, seamless and more comprehensive service experience for service users across the spectrum of life situations and life cycle stages.

The number of in-person public services will decrease significantly. For this reason, services should be brought together in joint customer service points and digital services should be further developed in order to ensure a comprehensive range of in-person public services. This will also bring cost savings in the maintenance of central government premises.

The central government, regions and municipalities all play a key role in society’s preparedness for security threats. Improving the security of supply will require, among other things, better cyber security.

The green transition should be implemented quickly

Major common problems have brought the integration of the EU’s economic policy to the forefront. Deeper integration would require a consensus on issues related to power and responsibility in economic policy. Economic policy coordination can be improved by simplifying fiscal policy rules and strengthening national ownership.

The Member States must be responsible for managing economic cycles through fiscal policy in order to ensure the stability of the common currency. As a result of sluggish economic growth and a substantial increase in public debt in times of crisis, all Member States must make debt sustainability a key objective.

“Against a background of rising interest rates, the Member States must improve their debt sustainability to keep the euro stable. We need to curb the growth of debt while also boosting growth potential. Reforms of the Stability and Growth Pact should encourage the Member States to take greater ownership of the sustainability of their economies, but this will require simplifying the rules. Decision-makers have a great deal of work ahead of them when it comes to agreeing on new rules and implementing them,” says Leena Mörttinen, Permanent Under-Secretary for International and Financial Markets Affairs.

The purpose of outlook reviews is to provide citizens, politicians and stakeholders with information on the current state, challenges and future prospects of economic and governance policy. These important issues will be discussed in the lead up to the parliamentary elections, and the next government will agree on policy approaches to address them in its programme. Our outlook reviews aim to support the debate on economic and governance policy. The Ministry of Finance has published similar reviews since the 1991 elections.

The Ministry's departments have written this outlook review in collaboration with each other in order to provide an expert analysis and assessment by public officials. However, it is the decision-makers elected by the people who decide the direction of economic and governance policy.

Ministry of Finance Strategy on Climate and Nature paves the way to a cleaner, thriving Finland

Rapporteurs: Child-oriented budgeting to be piloted in municipalities and wellbeing services counties