Economy will recover at pace set by coronavirus epidemic 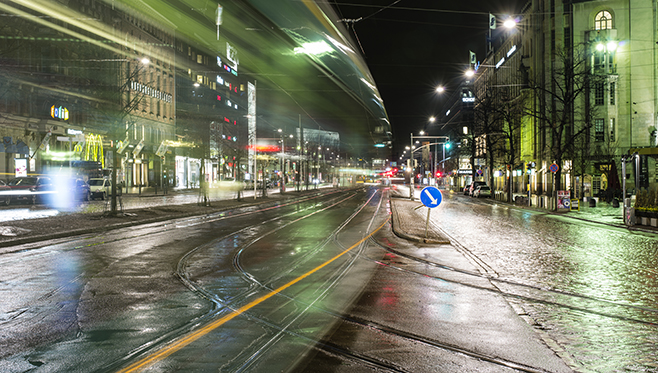 Economic growth will accelerate to 2.5% in 2021 as the coronavirus epidemic recedes, is the forecast of the Ministry of Finance in its latest Economic Survey, published on 17 December.

In 2020, the economy will contract by 3.3%. The easing of the coronavirus (COVID-19) pandemic in 2021 will restore the economy closer to normal conditions. Before then, economic growth will remain sluggish due to increased restrictive measures, the low level of confidence felt across the economy and greater uncertainty. In the second half of 2021, the economy will grow rapidly. Gross domestic product (GDP) is forecast to grow by 2.0% in 2022 and by 1.4% in 2023.

The forecast is based on the assumption that coronavirus cases will decrease due to severe restrictions over the turn of the year. If the number of cases starts to rise again after the relaxation of restrictions, then restrictions may again have to be tightened in early 2021. This creates uncertainty, which will undermine economic recovery in spring 2021. The introduction of vaccines during the spring will improve confidence in the future across the economy and gradually restore the functioning of society towards normality.

The imbalance between general government revenue and expenditure will remain above 5% of GDP in 2021. The deficit will gradually decline in the coming years but will, however, remain so high that it appears that the general government debt-to-GDP ratio will continue to grow throughout the early 2020s.

“The epidemic has been an exceptional event in the economy and society. When it becomes clear that Finland is moving into the post-epidemic period, it would be justified to shift the emphasis of economic policy from acute crisis management to strengthening the conditions for economic growth and stabilising public finances,” says Mikko Spolander, Director General of the Economics Department at the Ministry of Finance.

Course of the pandemic will drive the global economy

The global economy will recover from the deep recession caused by the coronavirus pandemic during 2021. The recovery will be weighted towards the second half of the year. Since summer 2020, world trade has started to recover from the deep crash caused by the pandemic, and it will continue to gradually improve. China’s economy has already almost returned to the pre-crisis level, but the pandemic is still preventing economic normalisation in many other economic areas.

Recovery will continue after a brief lull

In Finland, the clear recovery of the economy from the coronavirus epidemic will be postponed until 2021, as the second wave of the epidemic will temporarily slow down economic growth around the turn of the year. Consumption of services will decline again as a result of the second wave of the epidemic, but consumption of goods will remain strong. Consumption of services is not expected to recover until consumer confidence gradually returns to normal.

The average growth rate of private investment will remain subdued. Gradually recovering global economic development will be reflected in a pick-up in investment. Starts of new construction projects are expected to be delayed, however, and there will be a clear reduction in the amount of investment in housing construction.

World trade has already turned to growth, which has had a favourable impact on goods exports. Exports of services, on the other hand, continue to decline. Growth in the output of exporting companies is increasing demand for intermediate goods imported from the rest of the world, and the impact of net exports on economic growth remains modest. The share of exports and GDP accounted for by domestic value added has not risen in line with the EU average.

The continuing coronavirus epidemic and measures taken by the Government to support businesses, citizens and the economy will keep the general government deficit at a high level in 2021. In addition, the postponement of non-urgent care during the epidemic is resulting in a service and healthcare backlog that will increase upward pressure on health and social services expenditure after the epidemic subsides.

Development may yet surprise in both directions

Economic growth may be slower than projected in a situation where growth in the number of coronavirus cases accelerates either as a result of delayed restrictive measures or should such measures prove to be ineffective. An increase in the need for hospital care would later lead to significantly tighter restrictions, which in turn would slow economic growth further.

An increase in coronavirus cases as well as the need for hospital care would severely undermine economic confidence, significantly slowing economic growth. Moreover, the magnitude of the economic impact will also depend on the government measures taken to mitigate the epidemic and support the economy.

The economy will recover faster, the more quickly vaccines are available, how large a proportion of the population is vaccinated and how effective the vaccines are. The confidence-building effect of vaccines may also be stronger than anticipated, allowing the economy to return to normal earlier than expected. This would promote, in particular, a faster and stronger recovery in services both domestically and internationally.

Strong measures to stimulate production and demand have been initiated and are planned in the EU. Implementing these measures as well as the measures decided and planned by the Finnish government to stimulate the economy will support output both in Finland and elsewhere.