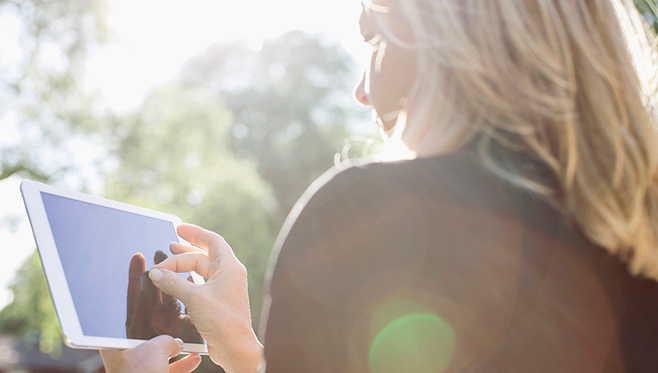 Underpinned by global growth and recovery, growth in Finland’s economy will quicken to reach 2.6% for 2021, according to the updated forecast of the Ministry of Finance, published on 17 June.

The trajectory of the economy has fluctuated considerably in the first part of the year, reflecting the path taken by the COVID-19 pandemic, but a favourable outlook has emerged and become more firmly established. Finland's economy will make a distinct recovery in the latter part of 2021 and the early months of 2022. The export market will pick up strongly and the investment outlook will become brighter, which will lead to a growth in gross domestic product (GDP) of 2.8% in 2022. GDP growth in 2023 will slow to 1.6%.

“The latest data indicate that the expected upturn in the economy is getting under way. Demand will recover, employment will grow and the chasm created by the pandemic will close rapidly. The economic upturn now at hand is an ideal time to support structural change in the economy and strengthen public finances,” says Mikko Spolander, Director General at the Ministry of Finance.

The global economy is on a recovery path as a result of progress with COVID-19 vaccinations, the dismantling of restrictive measures, and substantial monetary and fiscal policy stimulus packages. Due to the timing of fiscal policy stimulus measures, GDP growth will be fastest this year in the United States, and next year in the euro area. China’s economy is also growing rapidly this year.

Industrial output will grow due to a powerful global recovery and rising demand for exports. In construction, 2021 is a busy year for house building, but overall the construction sector will not see growth until 2023. Service provision is expected to pick up strongly in the third quarter of 2021 and to continue growing throughout the forecast period.

Private investment will show only slight growth for the first half of 2021, but this will pick up towards the end of the year. Investment in residential construction will not decline as sharply as earlier forecast, as the trend in newbuilds was favourable in the early part of the year. The positive outlook for industry will be favourably reflected in construction in 2022.

A strong global economy will spur on investment in machinery and equipment, which will see growth this year and also in 2022, when it will be underpinned by domestic projects. Among other areas of investment, the level of investment in research and development will increase throughout the forecast period, due to favourable support policies, among other things.

Foreign trade will grow sharply during the forecast period. Goods exports will climb rapidly in both 2021 and 2022 in the wake of the growth in world trade. Both the export and import of services will return to a growth track, though more slowly than for foreign trade in goods. There will be major differences between sectors, however. Annual growth of exports and imports will be highest in 2022, when a strong rise in foreign trade is expected in services, in particular.

Consumption to rise markedly as restrictions are removed

Employment has grown continuously since June 2020, and the recovery in the economy will also strengthen employment growth in 2021 and 2022. Next year, employment will exceed the pre-pandemic level, and the growth in demand for labour will push up the employment rate to 73% in 2023. The employment measures decided by the Government will help support the supply of labour, and the unemployment rate will fall to 6.6% in 2023. Wages and salaries will rise this year more rapidly than in 2020, due to higher contractual pay rises. Earnings are expected to rise by about 2.5% in the next couple of years.

The imbalance between general government expenditure and revenue this year will be smaller than was earlier estimated in the spring. General government finances will be boosted by strong employment growth in particular. Public expenditure will, on the other hand, remain high due to the pandemic-related healthcare expenditure and support measures. The forecast takes into account the Government’s proposed third supplementary budget for 2021, submitted to Parliament in May. Despite the favourable growth in the economy, the deficit in general government finances will be substantial, at 4.3% of GDP.

The social security funds are the only part of the general government sector where revenue will exceed expenditure. The surplus of the employment pension institutions will grow this year with the cessation of the temporarily lower pension insurance contributions, which was one of the pandemic-related measures. A temporary contribution rise to offset the lowered contribution, together with payroll growth and increased property income, will boost the surplus to a level of around 1% of GDP in the next few years. The budgetary position of the other social security funds will become more balanced this year, when expenditure on unemployment security falls and the number of lay-offs decreases.

The global economy will grow considerably as countries around the world focus on recovery, and this could boost household and business confidence and be reflected more strongly in private consumption and investment than is assumed in the forecast. Similarly, Finland’s exports could grow at a faster pace if there is a more powerful increase in world trade or if Finland gains a better position on the export market.

If the growth in world trade is faster than expected, this would have a positive impact on investments. In the forecast period the investment rate will rise, returning to the level that preceded the financial crisis. In addition, domestic investment plans may also prove to be greater than forecast.

The extent to which the growth in private consumption is expected to exceed the increase in purchasing power depends on how low the savings rate is assumed to go. The actual situation could prove to be quite different, in either direction. If consumer confidence begins to waver, consumption growth could be slower than forecast.