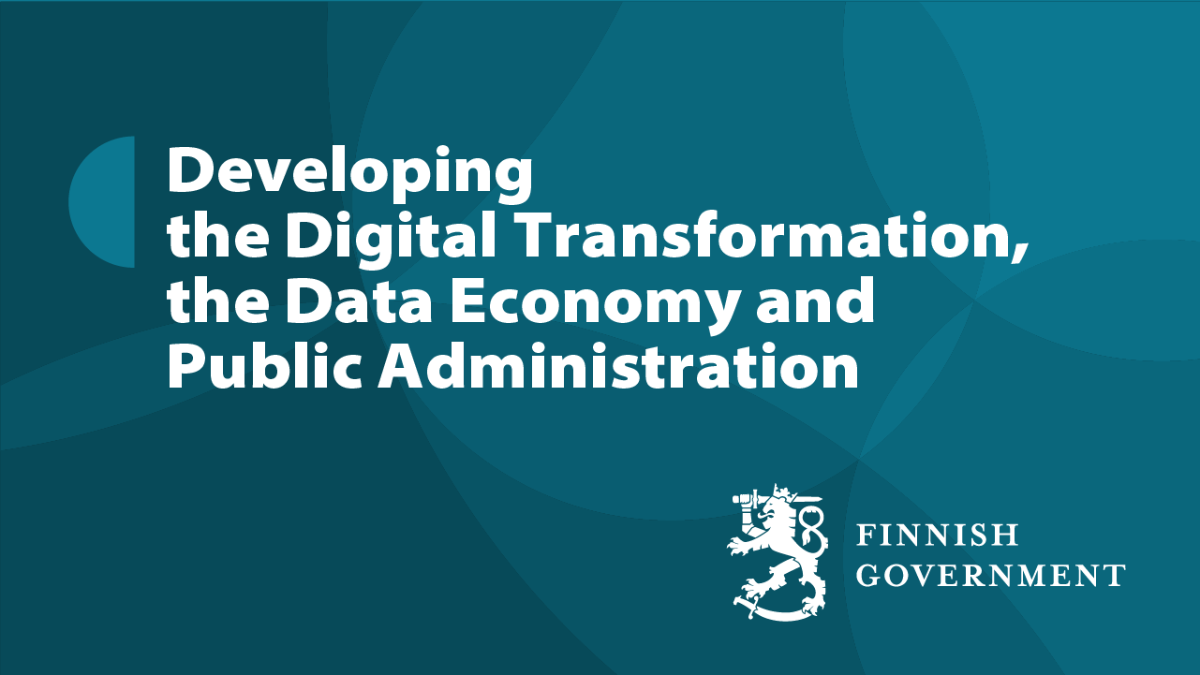 The maximum score in the DESI comparison is 100. Finland's score this year was 67.1, which is well above EU average of 50.7. In this year’s comparison, Denmark had the highest score.  Ranked after Finland in the digital performance comparison were Sweden, the Netherlands, Ireland, Malta and Estonia.

The Ministerial Working Group on Developing the Digital Transformation, the Data Economy and Public Administration considers Finland’s continuous high scores in the comparison an indication of successful cross-sectoral digitalisation efforts and proof our Finland’s desire to use technology and data to create a sustainable and equal future. However, there is still work to be done.

“It was high time to step up our digital performance management and to launch the preparations for Finland’s digital compass. Finland’s reference countries are increasing their investment in the data economy. We want to lead the way in technology, application development and digital services,” says Minister of Transport and Communications Timo Harakka, the new ministerial group’s first chair in digitalisation matters.

The Digital Economy and Society Index monitors digitalisation in the EU countries, breaking this down into four areas: connectivity, human capital (including digital skills), integration of digital technology by businesses, and digital public services. Finland’s ranking among these different areas varied, but in the overall composite index Finland took second place.

According to the country report, Finland continued to lead in human capital, integration of digital technology and digital public services, improving its scores in several DESI dimensions. The differences between the top countries were small. Finland is showing progress in all areas from previous years.

Factors lowering Finland’s score included connectivity and particularly the poor coverage of fixed networks. While the country report identified mobile networks as one of Finland’s strengths, inadequate digital infrastructure in sparsely populated areas were considered a particular challenge. The report also noted that Finnish SMEs were less active in providing e-commerce services than SMEs in many other countries.

The results of the digital comparison will be carefully analysed and taken into account when formulating Finland’s digital compass. A decision to create a digital compass for Finland was taken at the first meeting of the Ministerial Working Group on Developing the Digital Transformation, the Data Economy and Public Administration.

The Ministerial Working Group on Developing the Digital Transformation, the Data Economy and Public Administration is tasked with guiding the development of digitalisation, information and technology policy and the data economy, and coordinating related activities and situational awareness.

Finland submits its draft budgetary plan to the European Union