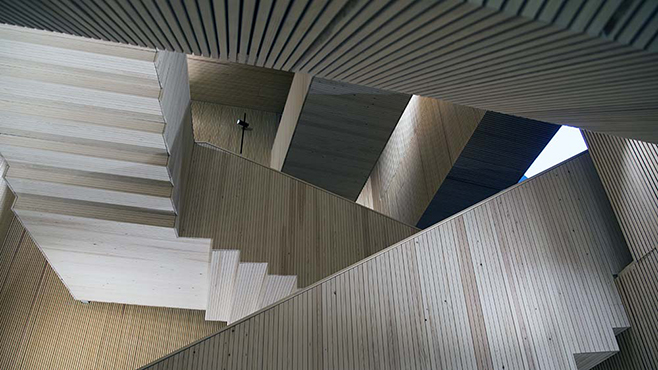 The Finnish economy will shrink by 4.5% this year according to the forecast of the Ministry of Finance in its latest Economic Survey, published on 5 October.

The Finnish economy has contracted in three consecutive quarters. The coronavirus (COVID-19) pandemic nevertheless caused less damage to the Finnish economy in the first half of the year than it did to most other European economies. During the summer, there was a quieter period in the virus situation, which prompted households in many countries to be more active and to consume more, which was also the case in Finland. However, the pace of economic recovery is slow due to the low level of confidence felt across the economy and the increase in uncertainty. The considerable increase in COVID-19 infections and the imposition of new restrictions cast a further shadow over the recovery, and the economy is once again at a turning point.

Gross domestic product (GDP) is forecast to grow by 2.6% in 2021 and by 1.7% in 2022. This gradual recovery in the economy follows the standstill seen in the early part of 2020. Private consumption will recover the fastest, but the growth in consumption of private sector services will continue to be slow. The reduced level of housing construction will weaken the recovery in investment. Exports and industrial production are suffering from the continuation of the pandemic and will not return to growth until next year.

The level of debt in public finances will grow very substantially this year and in 2021. General government finances were already in deficit before the recession, and the imbalance will not simply correct itself once the pandemic has subsided. The ratio of general government debt to GDP looks set to increase throughout the 2020s as central and local government finances remain in deficit, the outlook for economic growth remains subdued and the ageing of the population increases public expenditure.

“The economy is at a turning point, as the epidemic has reared its head again. The recovery threatens to be delayed if households and businesses take a gloomier view of the way head. Only effective treatment or a vaccine will bring a clearer outlook. Once that happens, though, things could move forward at quite a pace for a while,” says Mikko Spolander, Director General of the Economics Department at the Ministry of Finance.

The COVID-19 pandemic has led to a deep recession in the global economy, but many indicators suggest that a recovery will be evident from the third quarter of this year onwards. Forecasts show that for the full year 2020, the global economy will have contracted by more than 6%, but will then grow in 2021 by 5.5%.

World trade nevertheless started to pick up in June. Trade in goods is expected to grow over the forecast period, underpinned by an increase in demand. For 2020 as a whole, world trade will have shrunk by more than 10%, but will grow by 6.5% next year.

Both short-term market rates and interest on government bonds are at a historic low. Short-term interest rates have fallen since the temporary rise in the spring. A moderate increase in interest rates is expected at the end of the forecast period.

The uncertainty caused by the pandemic is slowing the growth in foreign demand in many sectors that are important for Finland's exports, and as a consequence exports will continue to decrease further this year. The outlook for industry in the latter part of this year is therefore also subdued. In services, the outlook for ICT and business services is better than in sectors directly affected by restrictions in mobility and by reduced consumer confidence.

Growth in private investment will be weakest in the third quarter of this year and will continue to be weak at the end of the year. In construction, however, the first half of the year was more favourable than had been anticipated. The number of new housing starts for 2020 as a whole will be down only slightly. This will amount to a decrease of a few thousand units and will mark a clear reduction in the amount of investment in housing construction.

Earnings will rise by about 2% a year from next year. The increase in consumer prices will remain moderate due to the low level of consumption growth.

Public ﬁnances to remain in deficit

Finland’s general government deficit will grow substantially this year to about EUR 18 billion, or 7.7% of GDP. The ratio of general government debt to GDP will also rise steeply. Public finances have been weakened as a result of the economic recession that has followed the COVID-19 crisis and the measures taken by the Government to support businesses, citizens and economic growth. The imbalance between general government revenue and expenditure will be reduced in the next few years, but in 2024 it will still be close to EUR 7 billion, or 2.7% of GDP.

General government finances were in structural deficit even before the pandemic. The ageing of the population has significantly weakened these finances over the past ten years, as the number of older people with a high usage of public services and benefits has begun to rise rapidly. At the same time, the working-age population, whose taxes fund public services and social security, has begun to decline.

The virus situation has remained good in Finland and the economic forecast assumes that this will also be the case in the future. Consumer confidence and the capacity of the economy to perform will remain weak until an effective treatment or vaccine is found for COVID-19. A clear deterioration in the virus situation during the autumn would increase uncertainty across the economy and weaken the level of economic growth even without any actual new restrictive measures.

A resurgence of the virus is the most significant risk factor in the forecast. The extent of the economic impact of a second wave would depend not only on the government measures taken to mitigate the epidemic and support the economy, but also on how these actions affect the multitude of economic decisions taken throughout the country. If the economy has not fully recovered before a second wave, the contraction in the economy could be smaller than seen in the spring this year. It is nevertheless likely that in this case the economic growth potential would be diminished and the effects of the crisis would be felt over a longer period.

Substantial measures by the European Union to stimulate output and demand have either been launched already or are under preparation. The implementation of these measures, and of Finland’s economic recovery package decided by the Government in June, will have a positive effect on production both domestically and elsewhere in 2020 and 2021.