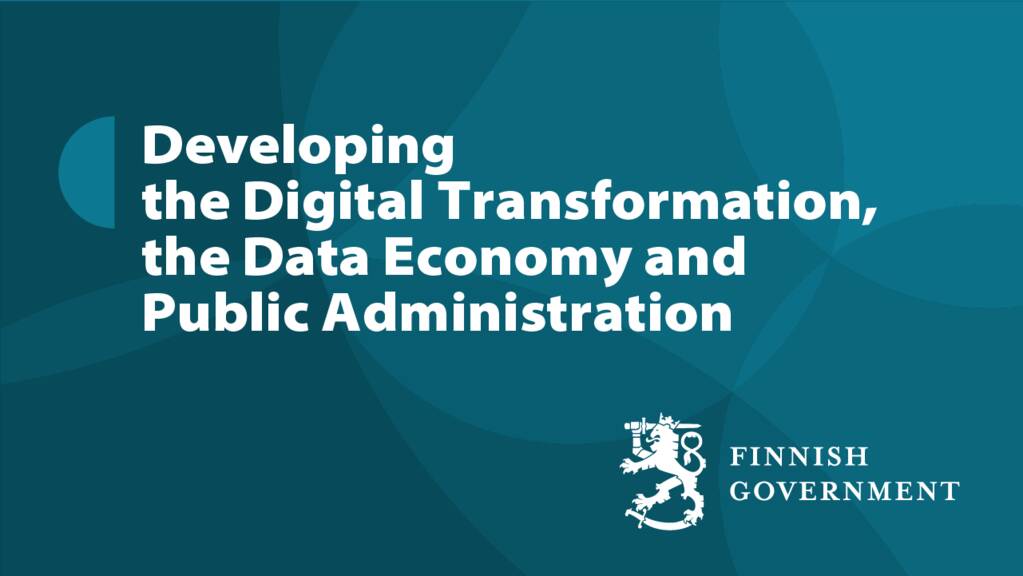 Finland’s digital vision for 2030 now approved by the ministerial working group is ‘Building a digitally capable Finland that is attractive, competitive, sustainable and prosperous.’

The work previously done in different branches of government has been taken into account in the formulation of each priority of the compass. The compass revolves around four cardinal points: skills, secure and sustainable digital infrastructures, the digital transformation of businesses, and the digitalisation of public services. The previous preparation work and situational picture have been used to identify the most important objectives for the ministries and for the coordination group for digitalisation.

“I am very pleased by the enthusiasm with which so many parties have taken part in this work. It is vital that we all recognise the benefits that we can achieve – as individuals, as communities and as a society – through the targets we are now setting for Finland’s digital future”, says Minister of Transport and Communications Timo Harakka.

Finland's digital compass has been prepared through extensive cooperation with stakeholders. Stakeholders have had the opportunity to provide feedback on the targets of the compass, for example, in open workshops, and have been able to submit their own proposals and provide comments on the vision of the digital compass.

New policies will strengthen regional services of central government, multi-location working and the opening up and use of public data

The aim is to secure equal services for customers through multiple channels while also increasing the vitality of regions and the central government’s competitiveness as an employer. The actual government resolution based on the working group’s proposed measures will be prepared over the spring. The government resolution will improve opportunities for flexible and multi-location working, studying and living.

The ministerial working group also approved a draft government resolution that describes the strategic objectives for the opening up and use of public data. The resolution and the measures to implement it seek to improve the opportunities of central government and public administration as a whole to utilise data. The ministers were also briefed on the digitalisation and data economy projects included in the General Government Fiscal Plan.

“The opening up and use of public data will provide many opportunities to develop better services in both the public and private sector. However, this will require shared rules to ensure that data is used safely and efficiently. This is the goal of these new policies and related measures,” says Minister of Local Government Sirpa Paatero.